And receive latest news and initiatives right in your mail box.

Pick a topic and let people know the facts 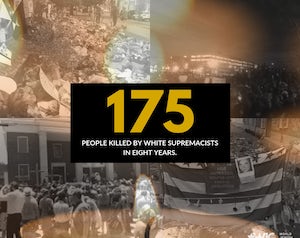 Over the past 8 years, more than 175 people have been killed in attacks linked to white supremacy. Violence against minority groups has no place in our society. This hate must stop now. 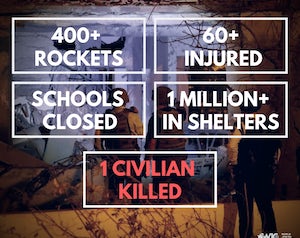 In the past day, Hamas terrorists have fired over 400 rockets at southern Israel, in a deliberate attempt to terrify residents and inflict maximum damage. So far over 60 innocent Israelis have been injured and one person was killed. These cowardly acts of terror must stop immediately. Read more: http://bit.ly/2T6qn8e 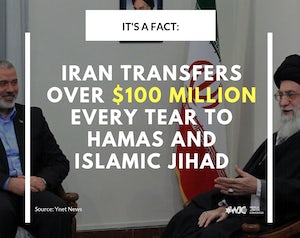 Every year Iran transfers $100 million to Hamas and Islamic Jihad, the two main Palestinian factions in the Gaza Strip. The money is divided as follows: $70 million is transferred to Hamas, while Islamic Jihad gets $30 million. The majority of these funds are used by the two organizations to further bolster the military wings of the terrorist organizations, instead of aiding the civilian population in the Gaza Strip. Read more: http://bit.ly/2RkYhoS 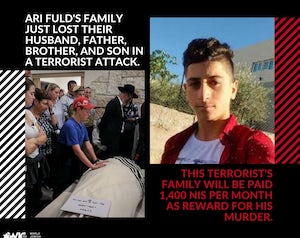 On September 16, a Palestinian stabbed Ari Fuld, a dual US-Israel citizen and father of four. Fuld heroically pursued his assailant after he had been stabbed, shooting the terrorist before finally succumbing to his wounds. But now while Fuld's family mourns their husband, father, brother, and son, the terrorist's family will be paid more than 1,400 NIS/Month as a reward for the murder.  Read more:  http://bit.ly/2NTPVpx 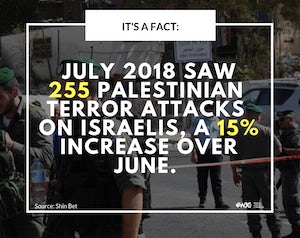 Israeli security services documented 255 attacks during the month of July in 2018, including 11 in Jerusalem, Shin Bet said in its monthly report. The number of terrorist attacks targeting Israelis in July increased by 15 percent over June where was 220 terror incidents were recorded. Read more: http://bit.ly/2xjSMhR 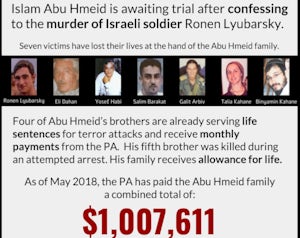 Zoom Download Share this Image
On May 26th, Israeli Sergeant Ronen Lubarsky was killed during an operation. His attacker, Islam Abu Hmeid, is the fifth of the Abu Hmeid family to be imprisoned for inciting terror. While Lubarsky’s family mourns their son’s death, the Abu Hmeid family continues to receive monthly payments from the PA. So far the family has received more than 1 million in terror payments. 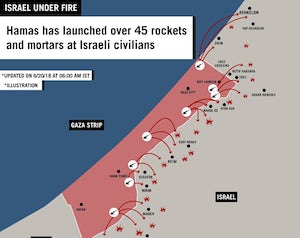 Zoom Download Share this Image
On 6/19/2018, while Israeli families were sleeping, over 45 rockets were fired from Gaza toward Israel. The barrage of rockets caused over 200,000 civilians to seek shelter and came after Israel struck Hamas infrastructure in the Gaza Strip. 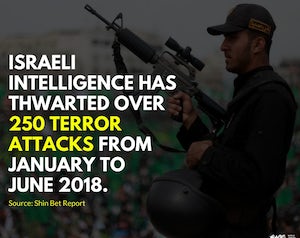 Zoom Download Share this Image
Israeli intelligence has thwarted over 250 terror attacks from January to June 2018 according to a new report by Shin Bet. Shin Bet Director Nadav Argaman said that the agency had succeeded in blocking many serious terror attacks including kidnappings, suicide bombings, and shootings. 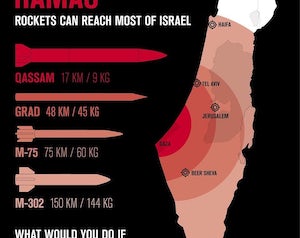 Zoom Download Share this Image
Hamas has many different types of rockets in its terror arsenal. These weapons vary from short-range homemade rockets to longer-range weapons that can reach beyond Tel Aviv from Gaza. Hamas must be stopped. 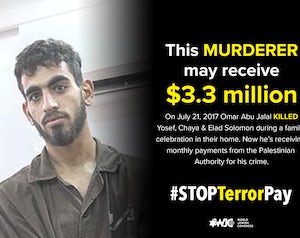 Zoom Download Share this Image
On July 21, 2017, Yosef, Chaya and Elad Solomon were murdered in cold blood by Omar Abu Jalal while celebrating a Shalom Zachor. To date, this terrorist has received approximately $3,374 (USD) in compensation for his heinous acts and is destined to receive $3.3 million (USD) in terrorist payments by the time he is 80 years old -- unless something is done. 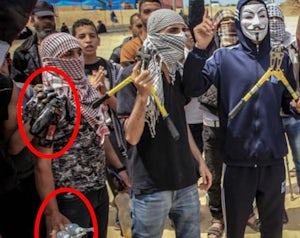 Zoom Download Share this Image
April 27th, 2018 marks the fifth week of Hamas' Great Return March in Gaza. This week, the terror group has sent Gazans with Molotov cocktails to attack Israel and bolt cutters to breach the border fence. Here is a picture from today’s demonstration. 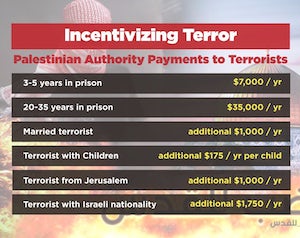 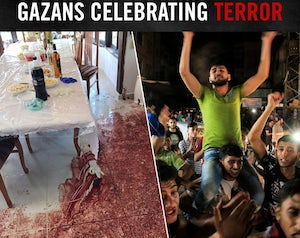 Zoom Download Share this Image
While Israelis mourn the death of three innocent Israelis killed in last night's brutal massacre, Palestinians in Gaza took to the streets to celebrate. The Palestinian leadership has refused to condemn the attack and continues to incite even more violence. 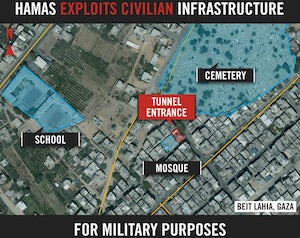 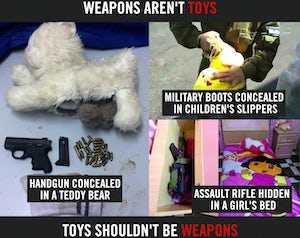 Zoom Download Share this Image
In November 2017, IDF forces discovered a gun and ammunition stuffed inside a child's toy in the village of Shuweika, Judea and Samaria - and this isn't the first time. Children aren’t born terrorists. They learn from their surroundings. Why take away the innocence of their childhood?

And receive latest news and initiatives right in your mail box.